by Jessica Meza
/
471 Views
No Comments 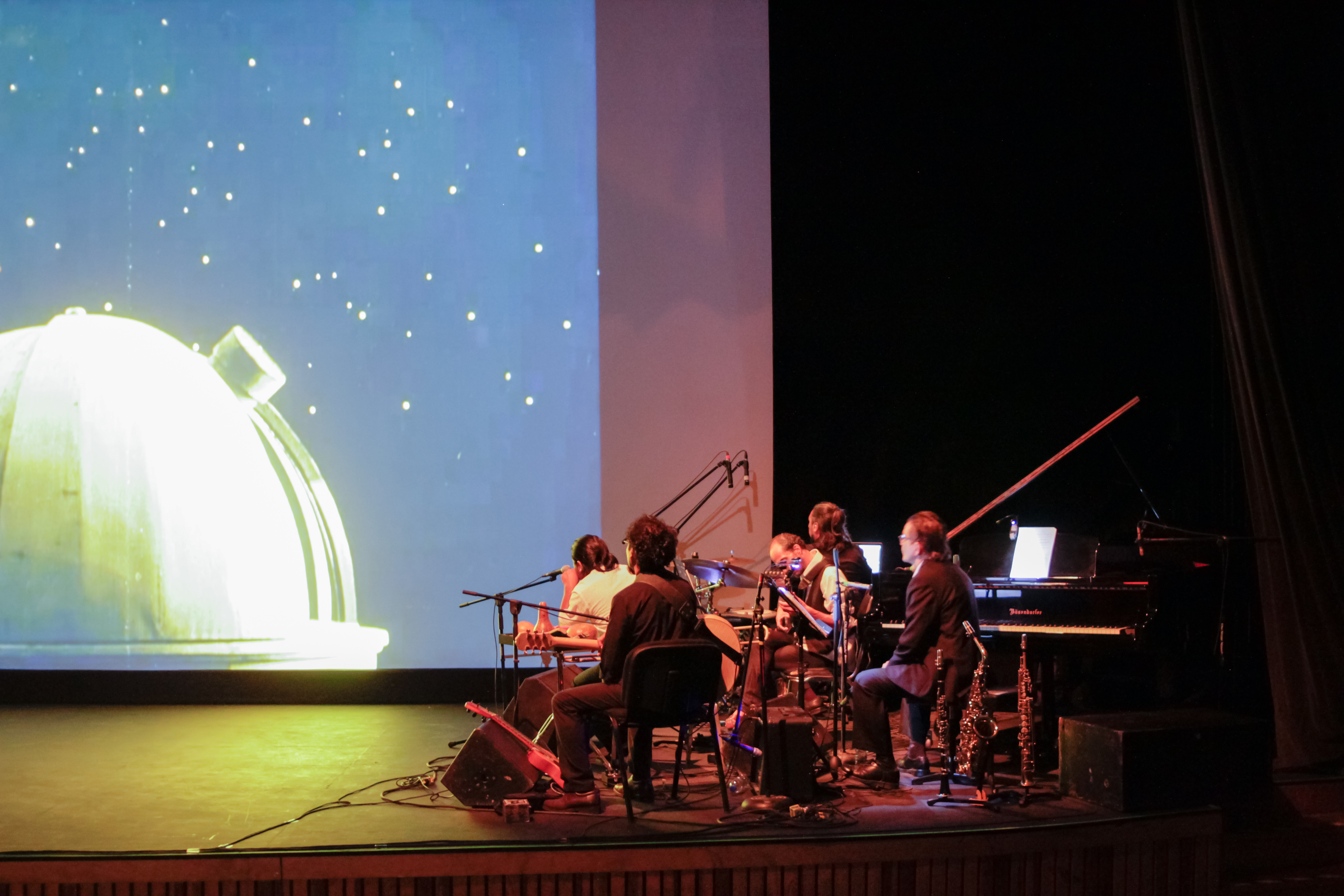 Cinema Domingo Orchestra performed at night the music that its members composed for the film Algol, the tragedy of power, a 1920s German film, directed by Hans Werckmeister.

“I am very happy to be here to present this Algol cinema, the tragedy of power,” said Juan Manuel González, director of the festival, who thanked the presence of the project initiated by Steven Brown.

He also shared that the presentation made by the orchestra at the FIC Monterrey is the second one made by the group throughout Mexico.

At the end of the screening at the Theater of the Arts Center, inside the Fundidora Park the artists were applauded and questioned on how to carry out the musicalization.

Previous
Winners of the UANL Short Film Contest were announced.
Next
Book “Between screens and mountains” was presented.