by Jessica Meza
/
504 Views
No Comments 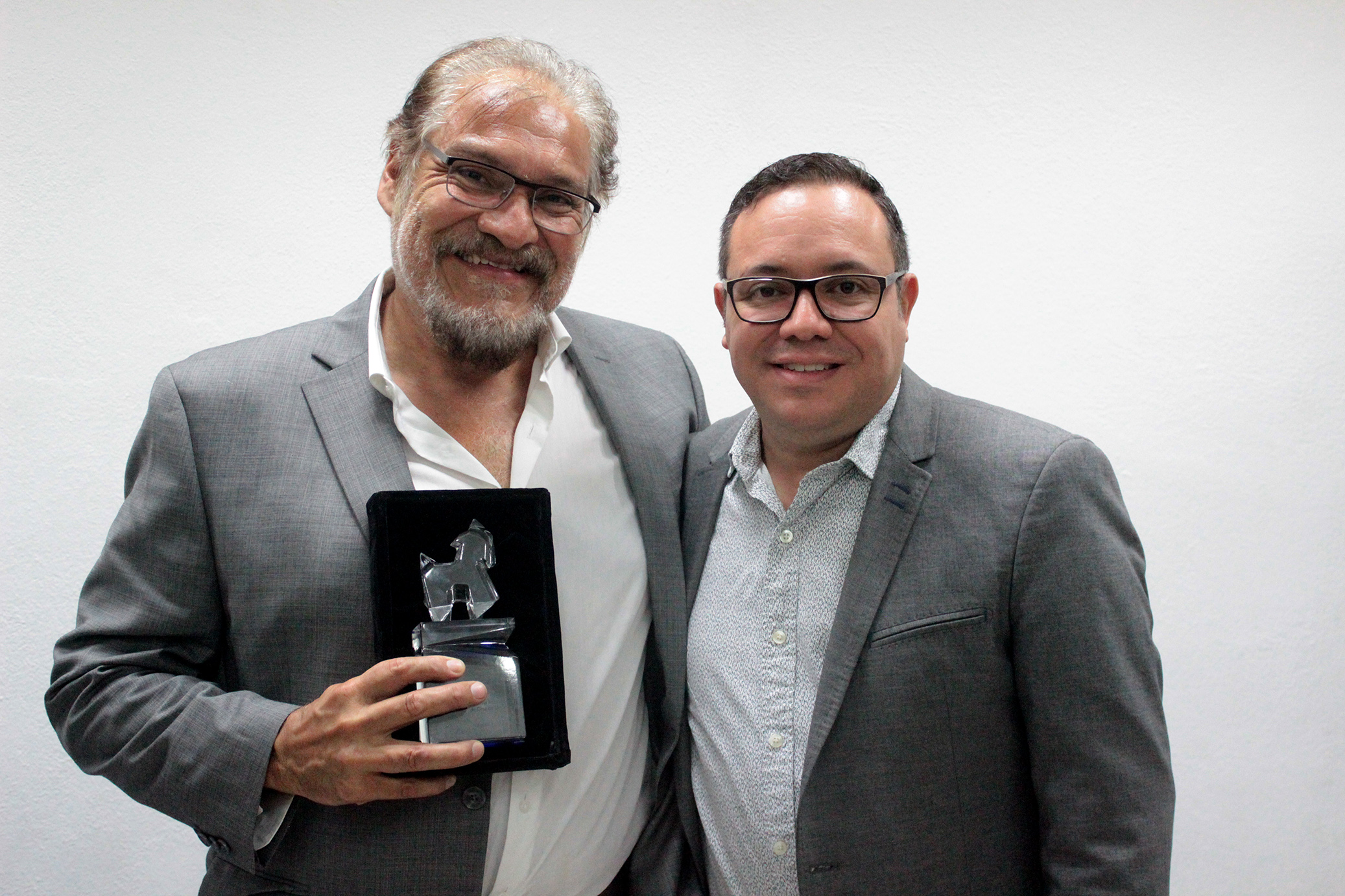 The actor and poet Joaquín Cosío received the «Cabrito de Cristal» , the award given by Monterrey International Film Festival as Icon of Mexican Film.

In the theater of the Centro de las Artes, the president of Conarte, Ricardo Marcos, recognized the actor of films such as “El Infierno”, “La Delgada Línea Amarilla”, among others.

«I’m proud to be part of this ceremony because it’s always pleasant to recognize the actors of character, who undoubtedly are the ones who leave the most memorable moments in the memory of the spectators of the film. We have a great actor in every sense of the word, who is formed in the theater, very knowledgeable of the nature of the north of the country,» Marcos González said moments before making the presentation.

After receiving the award and a long standing ovation, the actor from Nayarit thanked his recognition, which he considered undeserved.

«I am very honored that it’s a city in the north, where there is also a festival as important as this one that honors me by recognizing my career,» he said.

After receiving the «Cabrito de Cristal», the actor began a conversation with the journalist Juan Arturo Brennan, with whom he shared some of his experiences in theater, which even made him visit Monterrey.

Cosío is an actor born in Nayarit who at an early age moved to Ciudad Juárez, where he entered the theatre, art that gave him the necessary to develop his career in film.

He has participated in more than 70 plays and has appeared in more than 60 films and television programs. As a film actor, he has stood out for giving life to characters that have remained in the social collective, which in turn have allowed him to win awards such as the Ariel, by the Mexican Academy.

Another aspect that he exposed to the public was the poetry because he related his poem «La Muerta».

The movie «Pastorela» by Emilio Portes was presented after the ceremony, a film he explained to the audience.